You may recall the fabulous Coco’s post about light portraiture and light painting from several weeks ago. I had so much fun just messing around at that meeting that I have been waiting for the day I could pull this technique out at Paschalville. Well, we got to do it the other day, and IT. WAS. AWESOME! The most fun I have had at Maker Jawn, ever. The kids went nuts and laughed like crazy. 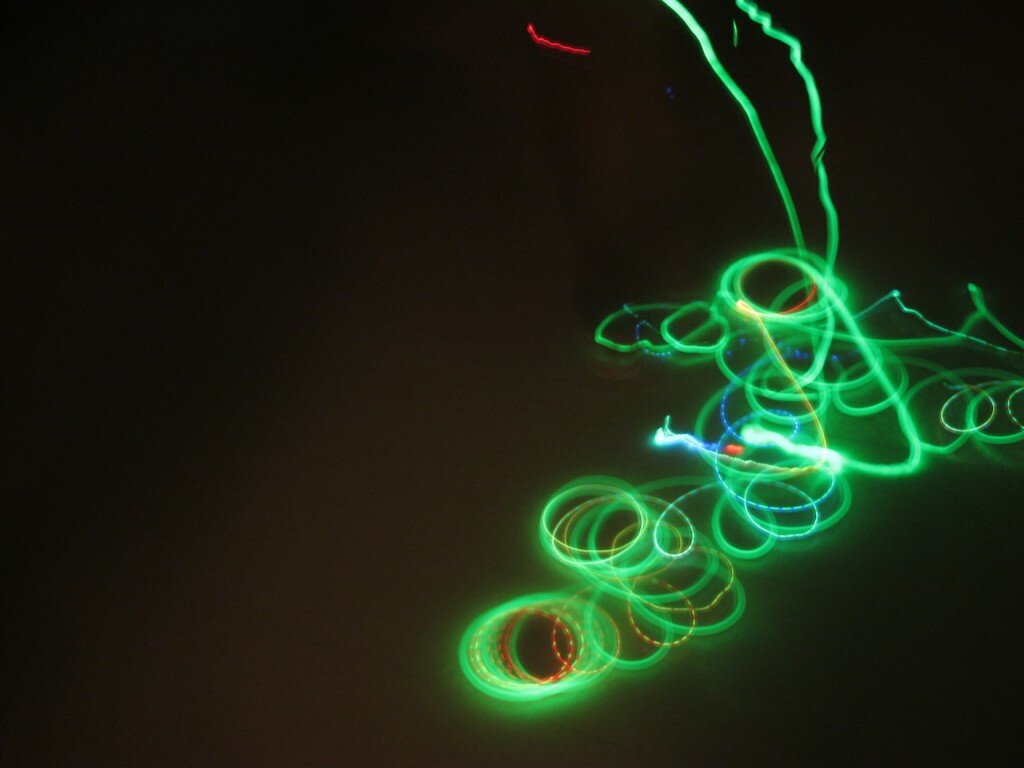 This pattern was accomplished by taping an LED to a Beyblade, a toy that spins like a top. Genius!  (http://shop.beyblade.com/).

At Paschalville we have access to a room that can be darkened far more than the rest of the library. In this project, Kenny and I closed the blinds, doors and shut the lights off. The room was still relatively light, but it served our purposes just fine. You can see in the picture below just how light it was in the room 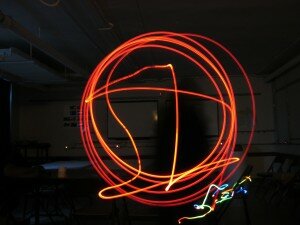 Don’t worry too much if you’ve got some light seeping in. 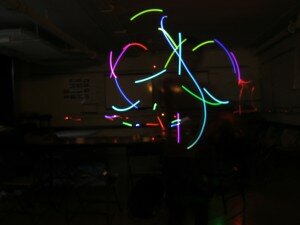 Blinking lights can be achieved by acquiring an LED that changes color automatically, or by pressing down and releasing on the contacts between the LED and the battery.

For this project we used a Canon PowerShot, not unlike this one ($40? Yes, please) and a tripod. However, any camera with an option to use a long shutter speed will work. Most of our photos here were taken using an ISO of 100 and a shutter speed around 6 seconds.

We messed around with designs and scribbles and got some great results, but portraiture and painting actual scenes were a little more difficult to accomplish. With 10 kids in the space it was hard to control the room’s energy and doubly so trying to organize a coherent piece of work, which is quite alright! 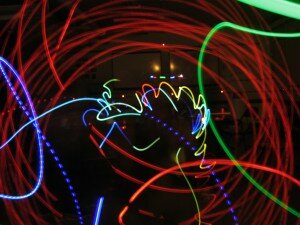 Advanced Messing Around. The best kind of messing around. 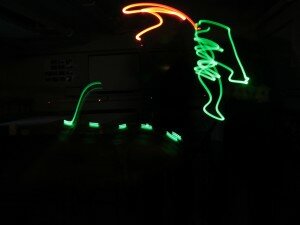 Regardless, we had a blast! 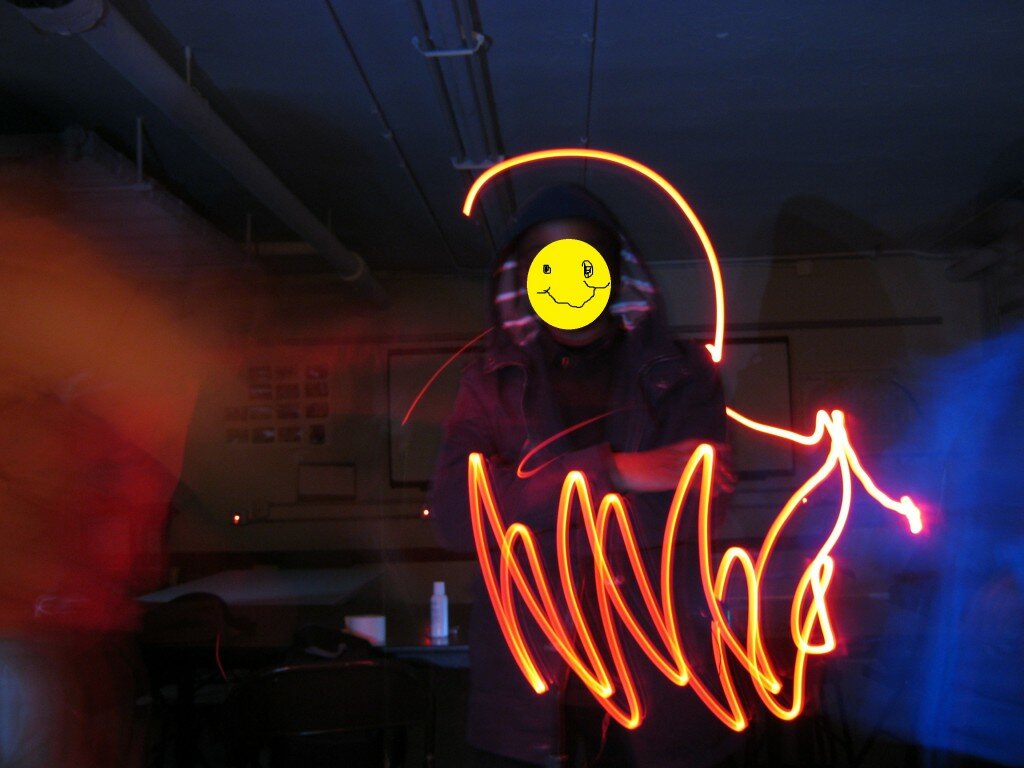 Portrait of an Artist as a Young Man 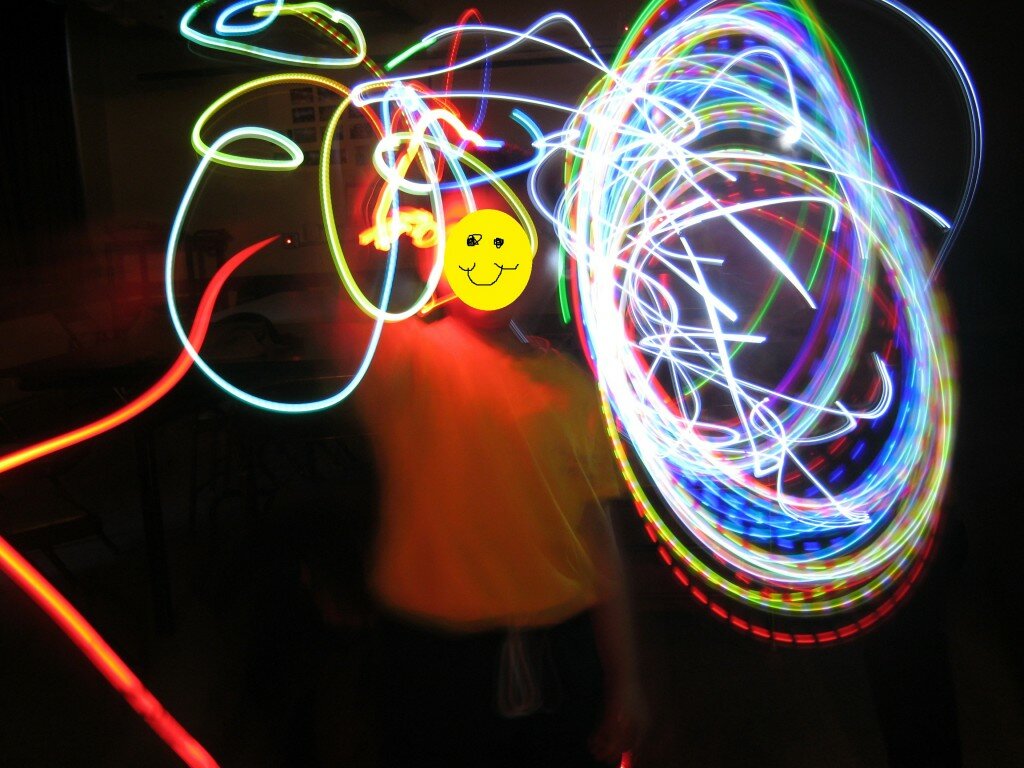 OK, so I had so much fun with the light painting that I went home and messed around with the process in my apartment. This was a 15 second exposure @ 100 ISO. If I had thought it through I would have tied my light to a string so it could make a full rotation around the vacuum cleaner instead of stopping the motion in awkward spots. Either way, I LOVE IT! 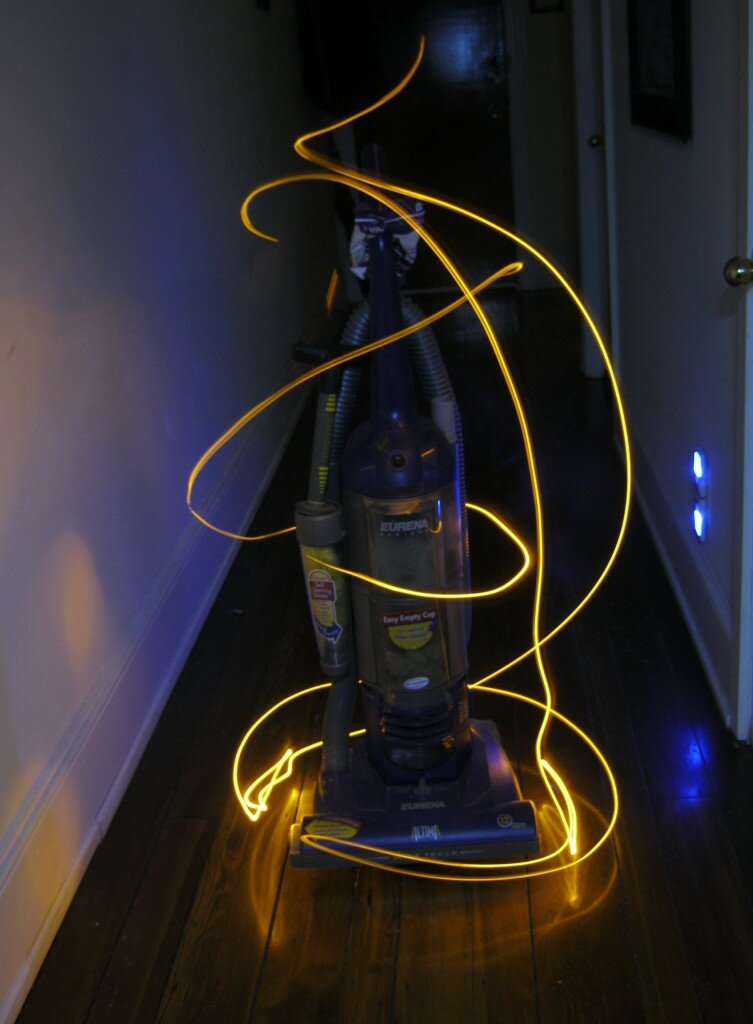