Origami and working with paper has been an interest of mine since I started working with Maker Jawn last May. Because of my busy school schedule, I’ve only been available to fill in shifts at the various sites when the other maker mentors can’t make it. Origami is a really great activity to work on as a substitute maker mentor because it requires almost no effort to set up and clean up, helping participants read the instructions and perfect their folds is a great way to establish rapport with participants I’m not familiar with, and it can be started and completed in just one day, so I don’t have to worry about leaving unfinished projects behind. 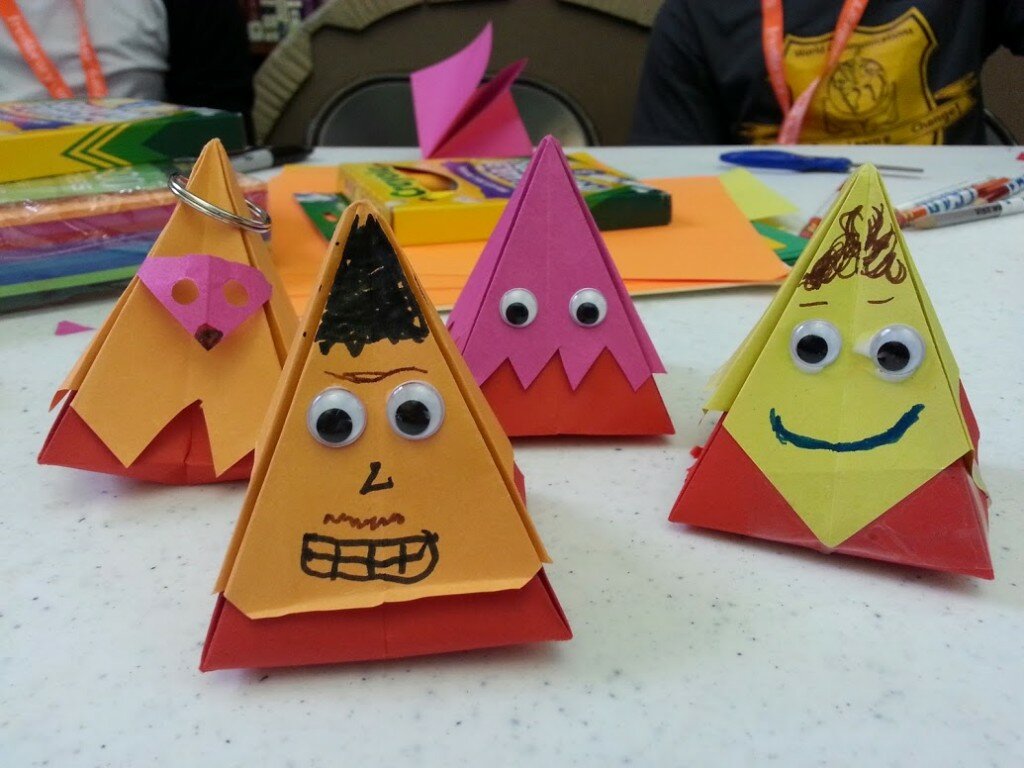 Origami pyramids I did with teens over the summer. Despite their simplicity, they took forever to figure out, but the payoff was totally worth it!

Recently, when I was doing origami with a young participant, I realized another advantage to doing origami as a maker activity that promoted STEAM. We were using math concepts while making an origami cube! The folds were simple, but I found myself describing them by the shapes and angles we were making. Here are a couple of conversations we had.

“Push the triangle while you pull the, the… What shape is that?” “Hmm… I think it’s a trapezoid.” “That’s right! It is a trapezoid!”

All of a sudden I found myself in the middle of a geometry review while we were folding those little squares of paper. I realized how useful this could be for kids, especially those with visual or kinesthetic learning styles, to practice and increase their understanding of their math skills.  I’ve been wondering how I can incorporate more math in the art we do at Maker Jawn so we could better promote STEAM education and there is was all along! 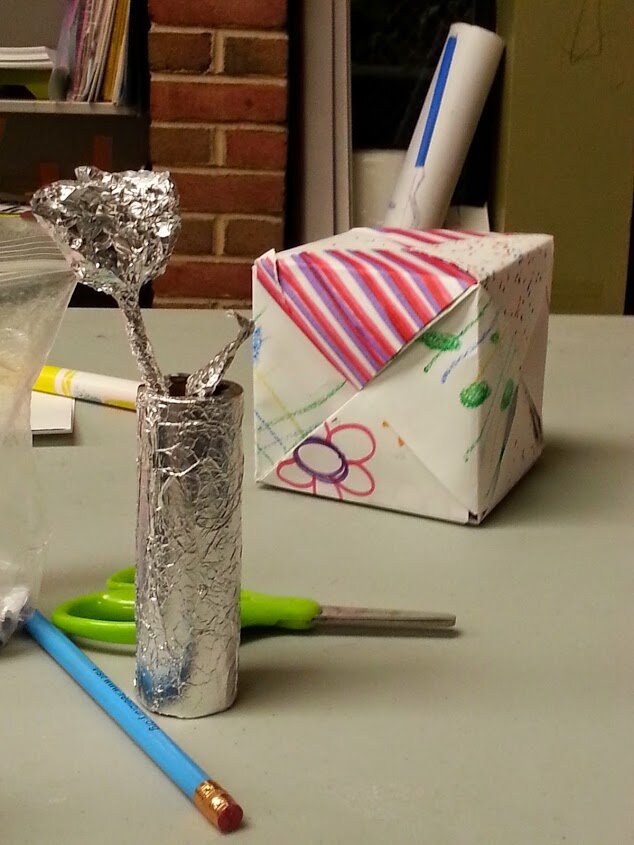 An origami cube behind an “origami” rose crafted from aluminum foil. To make the cube, we decorated the paper first and then folded it into the sides of the cube so that we had a mix of designs and decorations on the paper.

If you are doing origami with makers of any age at home or a maker site, here are a few tips. 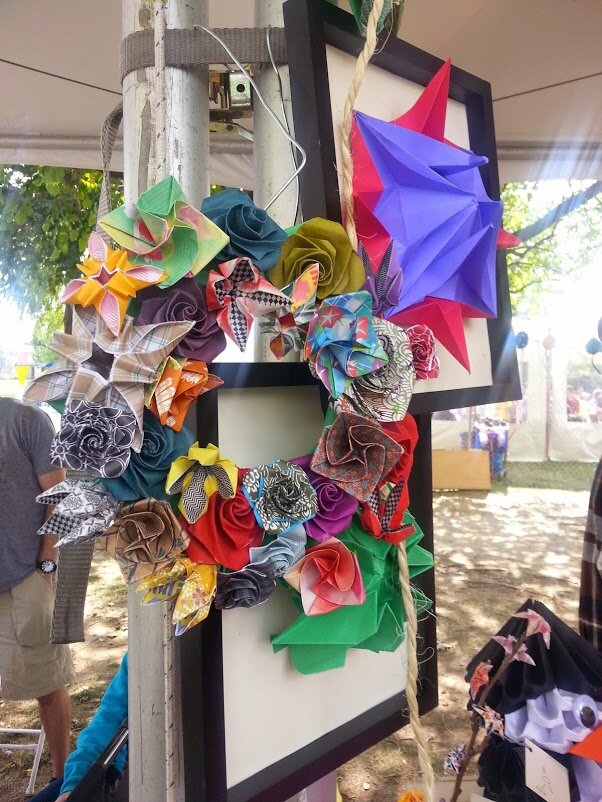 An origami flower wreath I saw at Maker Faire. This inspired me to experiment more with combining colors, textures, and even different flower folds.