This week is my last week working with Maker Jawn. After nearly a year and a half of spending my afternoons working with kids, developing projects, and being a part of an amazing team of creative, caring, and innovative Maker Mentors, it’s difficult to say goodbye not for a lack of interest, but for a lack of continued funding for Maker staff.

I’ve worked on 18 different video projects with Makers and taught kids how to plan, shoot, and edit movies; learned new crafts alongside 6-year-olds; had encounters with Aliens, Wild Things, and Fitness Gurus; made oceans move, spaceships fly, and flowers grow; been hit by rubber ball-launching trebuchets; sloshed around in the mud of a hay bale garden; written a grant with a 9-year-old; lit up countless LEDs; and been covered in paper mache paste up to my elbows alongside a bunch of beaming, screaming, laughing kids more times than I count. I have taught these children certain skills, and in return they have taught me patience, bravery, compassion, and the strange wisdom of seeing the world with fresh eyes.

I hope that because of the Maker Jawn Initiative these children can go out into the world as better people with more developed creative minds, kinder and more sharing relationships with their peers, and the self confidence to continue to drive their own projects and interests. I have watched them mature, take ownership of our Makerspaces, and complete projects that seemed inconceivable just months ago. They worked hard, played harder, and learned things – sometimes when they didn’t even realize they were learning. Many of them have grown with the program, taking on leadership roles, developing their own projects for themselves and their peers, which we have always tried our best to encourage and support. I will miss working with them and with my fantastic Mentor co-workers (now all friends), but most of all I will miss the incredible, accepting, supportive communities that we have worked so hard to build at the libraries our program occupies. I hope that the Library can continue to support and fund this innovative, engaging, important program. 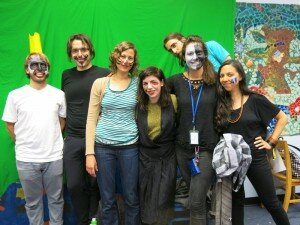