The Challenge of E-Textiles at Marrero

by leslie on May 2, 2014 in E-Textiles, Lillian Marrero Library, MakerJawn, Paper Circuits • 0 Comments 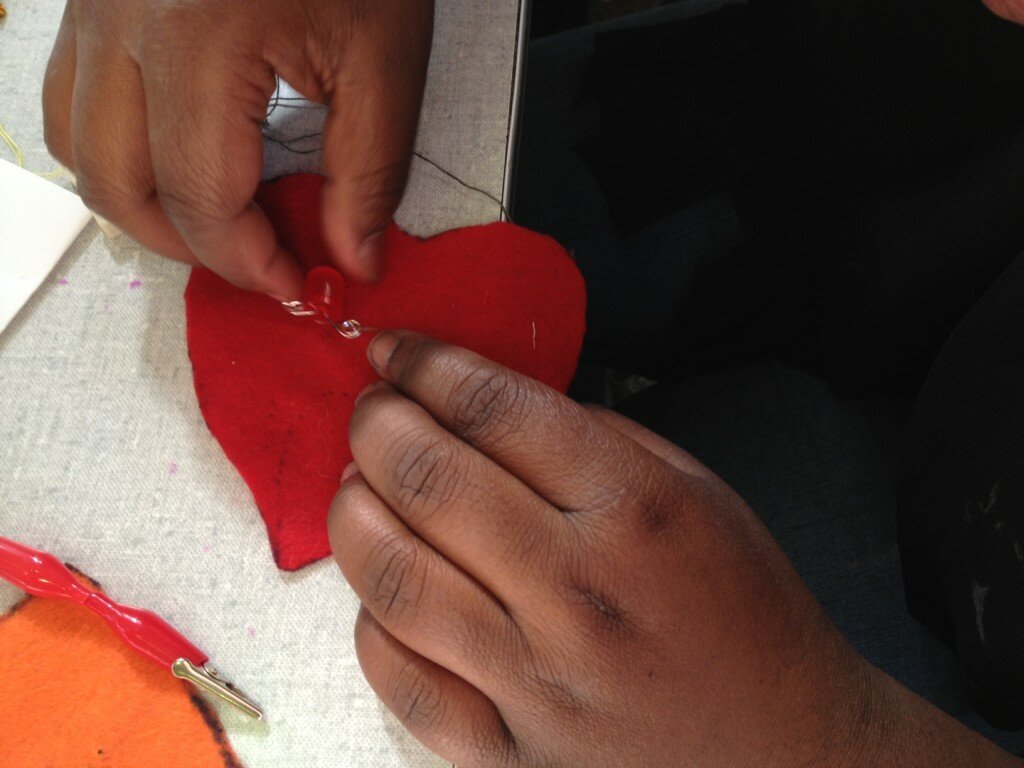 We’ve been having fun exploring E-Textiles, otherwise known as “Soft Circuits”. The age range of children seems to be from 8 – 12 yrs, so it becomes really important to “meet them where they are”. Sometimes we start with paper circuits using copper tape/LEDs and then move them later to stitching conductive thread/LEDs. The children like copper tape because it is easy to use and understand. Also, if they break the tape line, it is easily correctable by creating a band-aid — a small piece of copper tape with both sides curled under to bridge conductivity. You just tape it in place with clear tape and continue with the rest of the copper tape on the design.

We face a number of challenges doing circuits with young people. One is that there is a lot to take on for new skills. Children find themselves taping in curved patterns, sewing, using pliers to bend LEDs and doing art. We consider art a new skill because it is being left behind in schools and it is affecting critical thinking. There are also new materials to talk about, like copper tape, conductive thread, LEDs, batteries and battery holders. There are also new concepts like circuits, positive/negative, electricity, and short circuits. So, it’s a lot to take on in an hour, but the children are often repeat visitors. In fact, we think Marrero has really created a strong community, which makes our time there even more awesome. 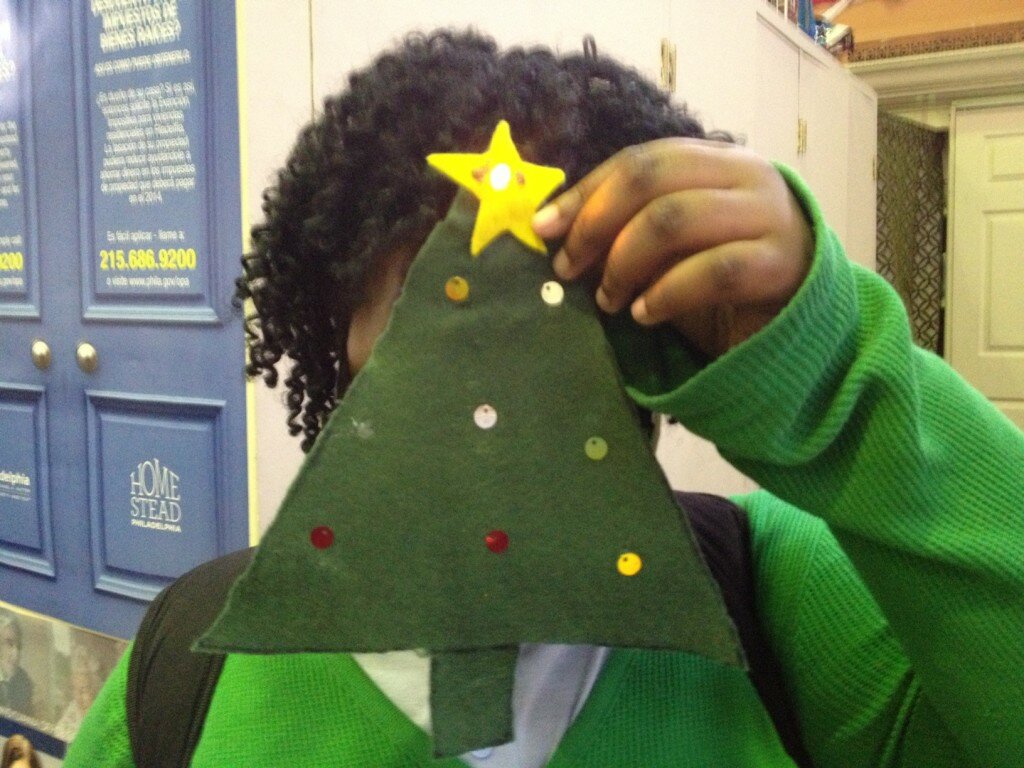 So, what works? One of our first projects to finish was a felt Christmas tree. An older girl placed a yellow LED on her yellow felt star at the top, and it was just adorable — it was a motivated light source. The reason this project finished was because it used a single piece of felt, it was an easy shape, and it only had one LED, so the circuit was simple. It also helped that this girl grasped sewing quickly. We’ve also seen some paper circuits with the copper tape come to fruition. One girl made her name, “Tia” and had the dot on the “i” be an LED — another motivated light choice. Again, the circuit was simple and used a paper clamp to keep the battery in place. 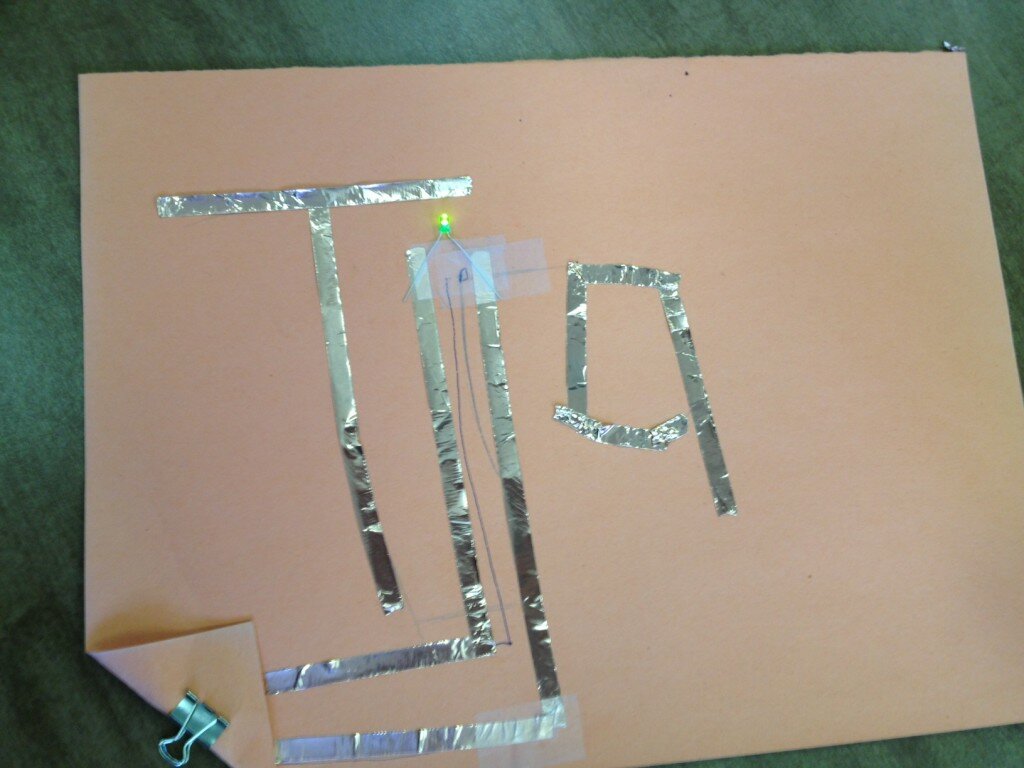 We continue to experiment with materials and process and watch the cycle of learning. Sometimes we just need to remember that we are dealing with exposure to something that is very unique. Most adults have never even witnessed soft circuits — we’re talking MIT stuff here! So, it can be enough just to see a child light up an LED for the first time, or to realize that they know an LED has a positive and negative leg. Even if they don’t complete a stitched project, they do make the realization that if they want to some day stitch LEDs on their jeans, they know where to begin. This is really amazing when you think about it, and is one of the reasons MakerJawn is so special. A special thanks to Sari and Goda who have gone out of their way to help a ton of students (and me) on this adventure. Hack on, ladies!

← Improvisation Leads to Discovery at Cecil B. Moore
Maker Jawn webinar on 5/14 11am EST: Youth projects, sharing, and documentation →