Reaching all 54 branches! Expanding Maker Programming through Librarians and Teens!

K-Fai and Barbara have recently begun working with the Free Library’s Literacy Enrichment Afterschool Program (LEAP) to create maker curriculum to be used by Teen Leadership Assistants (TLAs) in neighborhood libraries systemwide (54 branches!). We’re excited to expand maker programming throughout the entire library system, and this morning had the pleasure of leading some Adult/Teen Librarians in maker programming.

Many of the Librarians in our workshop had heard of maker/STEM programming, and acknowledged that this type of programming was valuable and important for them to learn, but mentioned that they had never participated in a formal maker program. Their motivation for participating in our workshop was to “get some ideas to bring into Teen Summer Reading programming.”

We originally selected Copper Tape Circuits as a workshop because it’s low-cost, low-barrier, and has a lot of potential to introduce participants to technology in a creative context (and vice-versa; think of creativity in a technical context). We used Jie Qi’s fantastic resources on the High-Low Tech (Leah Buechley’s former Media Lab group at MIT) website, and spent the previous day creating prototype after prototype for the workshop – these were useful for participants to see, play with, and take inspiration from.

It was a great opportunity to introduce Librarians across Philly to low-barrier maker programming, and we’re looking forward to writing maker curriculum with and for teens! 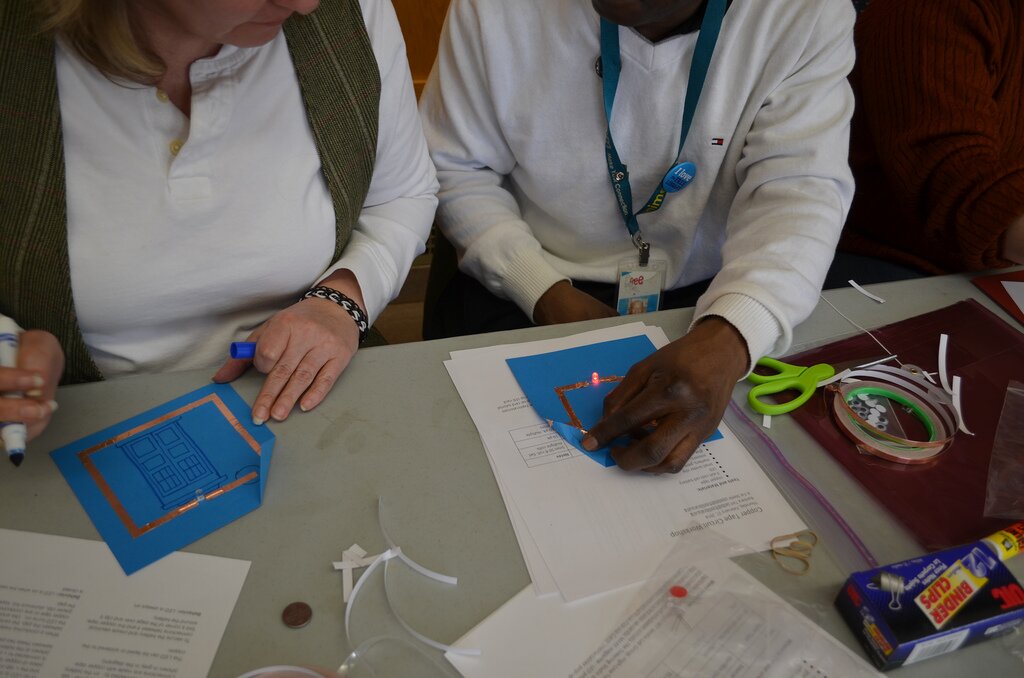 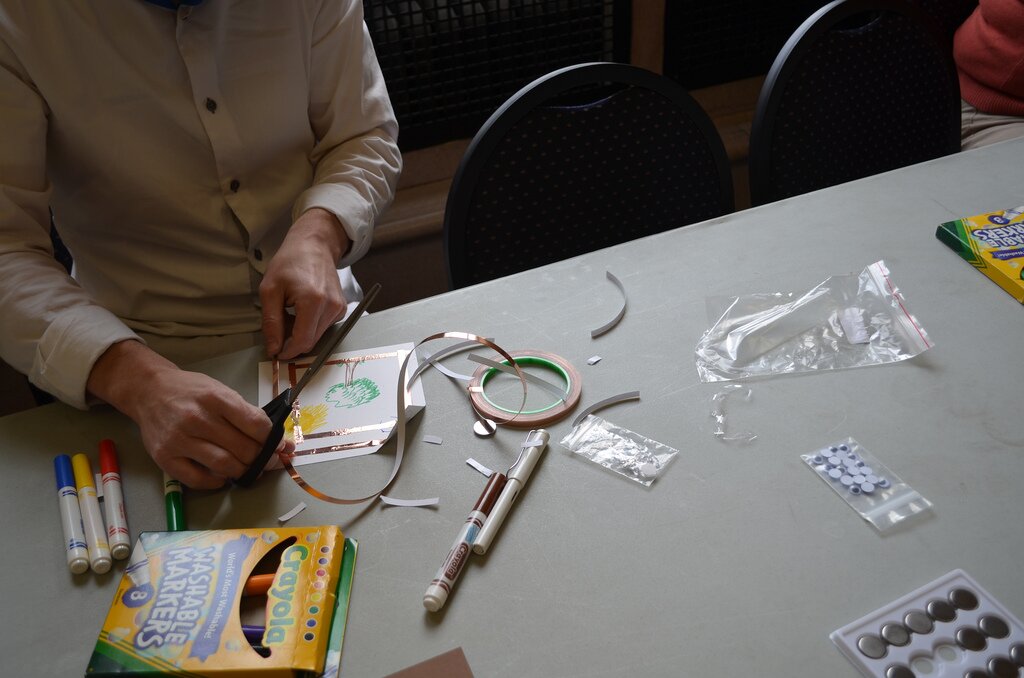