The State of Digital Badging at the Free Library

One of the great things about working for Maker Jawn is watching learning happen in spontaneous, and oftentimes surprising ways. The self-directed nature of the program allows kids to take ideas further than we mentors would have ever imagined, or to totally new places altogether. But as of now, there’s been no way to officially recognize these achievements. Digital Badging addresses this issue by creating a systematized form of accreditation for the informal learning that takes place in after school programs, libraries, and tinkering spaces.

The concept of digital badging is similar to the merit badge system used by the Boy/Girl Scouts. Students obtain a digital badge from their mentor, showing they have learned a new skill or accomplished an achievement in a certain field. They can then use these badges as credentials in addition to their school grades. Digital Badges are often awarded for soft skills such as collaboration and self direction.

Digital badging was first implemented at the Free Library by the College Prep Program to keep track of high school students as they were mentored through the college application process. Many communities in Philadelphia lack adequate resources to prepare students for college, and badging has been a tool to help support teens as they make the transition from high school. With the success of this program in mind, the creation of a similar badging system for middle schoolers began this summer through a partnership between the College Prep Program, Maker Jawn, and the Philadelphia Youth Network.

70 “Teen Badging Specialists” at 9 different libraries were hired to help create badges and activities focused on career and college­ readiness. Each week the students worked on designing a badge related to a specific 21st century skill. They created “quests” which had to be accomplished to receive a badge, and illustrations of what the badges themselves would look like. Groups would keep track of each other’s progress through Tumblr blog posts, then would meet each Monday and decide which ideas they liked the best 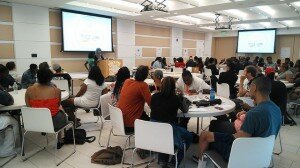 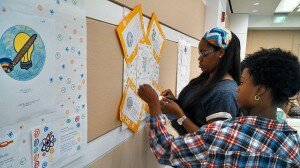 Introducing the students to a concept as nebulous as digital badging wasn’t easy at first, and getting them to think of themselves as outside-the­-box designers, was harder still. But as time went on, the teens began to see the benefits of the badging system, and really identified with certain aspects of it. They liked the idea that badges could be used on college applications as an alternative to academic grades. In our discussions about education, the students said they didn’t believe that tests accurately reflected how smart a person was. They liked the idea of learning a skill and having something to show for it. 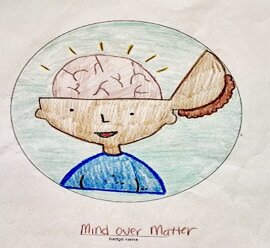 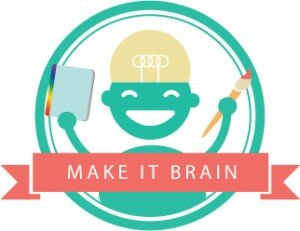 But what they liked most about the idea of badging, was that it provided a systematized way to recognize achievements that otherwise would go unnoticed in their community. In neighborhoods where poverty and violence are prevalent, they believed that middle schoolers who “acted right” were not getting the positive reinforcement they deserved. This is the main theme explored in the lyrics of “Badge Life / Stackin Badges”, a hip hop song the students at Cecil B. Moore Library made as part of an assignment to market and promote the badging system. 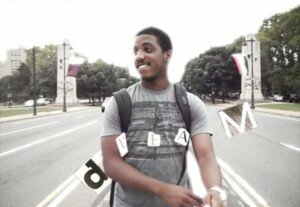 Failures
Since the summer, the scope of the digital badging project has been scaled back somewhat. What was originally intended as a program for middle schoolers at all library branches, is now being considered just for use within the Maker Jawn program. This means that the focus of the badges will be more on design-based skills versus the original career-oriented skills. It also means that changes will have to be made to the original digital badging model to adapt to the the open “drop-in” nature of the Maker Jawn program. Despite these changes, many of the same themes discussed this summer, such as adaptability, accountability, and collaboration will still be a key component to badging at Maker Jawn.

Presently
As we actively move forward with our badging program, we are rethinking the role of our soft skills in the badging system. Now with the flexibility of a smaller team and the ability to work with people of all ages, we are shifting away from the “Passport for Documentation” model. Removing the passport allows for less constraint on project outcomes and more focus on empowering participant exploration of tools and new skills.

We need to think past the passport and towards an adaptable method.

Instead of a variety of predetermined activities leading to badges for career oriented 21st century skills such as collaboration, flexibility, independence, and presentation skills. We’re looking at empowering people to document their learning of hard skills through the design and fabrication of maker projects as the more conceptual career oriented soft skills are accrued over time in buckets.

Collection of skills will be much more passive than in the game Oil Panic, but this visual gives you an idea of a person collecting career oriented skills in a bucket.

Our new model for credentialing within the library will aid us in exploring the development of our participants, their ownership and sharing of skills in our informal spaces, and the ability for participants to retain documentation of their learning and doing. The prototype and methods for implementation of this third iteration of digital badging is set to be completed by January 2015.

← Origami and Geometry
Living the Science in STEAM →